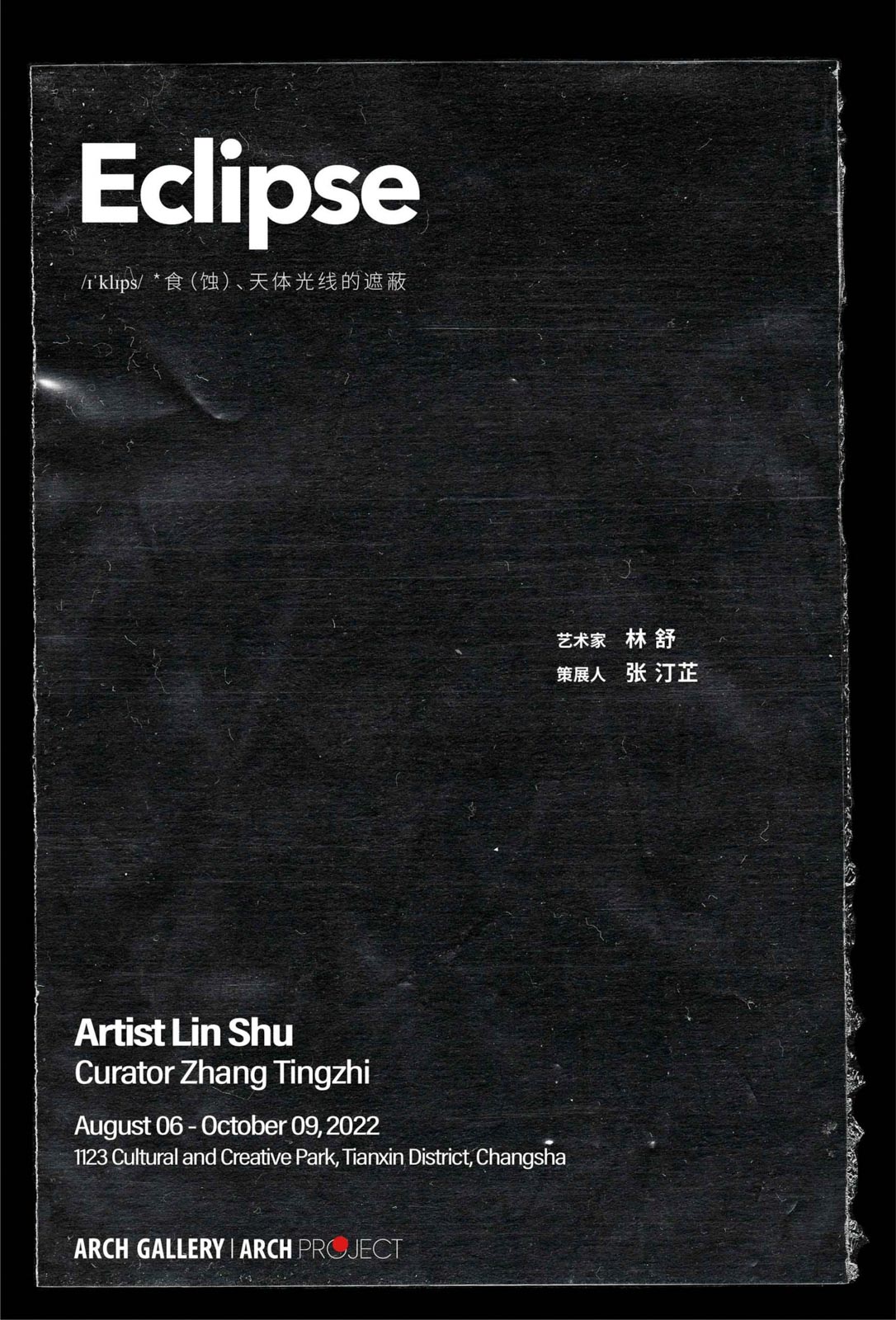 ARCH PROJECT is presenting the project exhibition “Eclipse” from August 6th to October 9th. ARCH PROJECT cooperated with artist Lin Shu this time. This exhibition uses the unobservable cosmic phenomenon as a metaphor, and displays the artist’s photographic works, paintings and early representative works in the past two years. It is presented through spatial structure, sight processing, image reading, etc., allowing viewers to experience “the creation of a foreign teacher, and the source of the heart” from a new perspective.

We are always recognizing what is meaningful to us in a dense and noisy environment, it accumulates and expands until a certain moment emerges as an inevitable way while we encountering the world. In Kafka’s words, “People take pictures of things in order to drive them out of consciousness.” In the inevitable time, people try to retain some more still postures to combat forgetting. When a palm of our hands touches a photo, the enantiomer begins to form in one’s mind, and our sights depend on it. The photo leaves the scars of images.

In the series  “Leaving at Sunset”, rather than conveying the meaning through photography of objects and symbols, it is more about perceivable emotions and consciousness – they cannot be directly translated into codes or symbols, or information for people to read and analyze. It is a whole, showing a certain outline in the space to envelop the viewer’s feelings, and a ray of light in the distance can only cut into the night intermittently. These silent lights in the works convey the slowly revealed and extended secrets. When you start to gazing and striving for some peace, the energy contained in the subconscious lake will be sounded.

As the artist’s words: “A grass can grow at its will, but it can never grow into the shape of this line I drew.” In sketches and photos, it is not necessary to deliberately depict the reality of that original time. In that time and space, passing through the image with objects and originating objects that have not yet been clearly defined, with the eyes looking at us became real. The worlds they provide are permeated with emotions, and time solidifies them into reefs in rivers, the artworks unfold the passages of sailing. According to Huberman (Georges, 1992), the human brain selectively sorts and reorganizes events according to their likes and dislikes. “Outside our line of sight, there is something that seems to be talking about something that has returned from afar, is closely related to us, stares at us, but at the same time we cannot leave behind. This line of sight is more like a sight constructed by time. Sight, it unfolds like thought in illusion, time re-weaves itself in space and becomes time again.”